President Nana Akufo-Addo, the re-elected Ghanaian , has been officially appointed to office. On Thursday, January 7, 2021, he was sworn in for a second four-year term as head of the country. However, he will have to deal with the opposition.

According to provisional results announced by the electoral commission, Ghanaian President Nana Akufo-Addo was re-elected with 51.59 per cent of the vote. His main opponent John Dramani Mahama won 47.63% of the vote. But he has long disputed the results. He believes that this victory of the ruling party is due to massive frauds carried out. His appeal to the Constitutional Council was also rejected.

The President Nana Akufo-Addo reiterated his commitment to better serve the people of Ghana to begin his second term in office. He addressed the Constitutional Court, presided over by Chief Justice Kwasi Anin-Yeboah.
« I, Nana Addo-Dankwa Akufo-Addo, swear on behalf of the Almighty that I will lead the country on the path of truth and in faith and respect for the Constitution, » the President said. The ceremony was marked by the presence of several heads of state and international dignitaries.

To meet the various challenges of the Ghanaian nation, the President of the Republic of Ghana must be able to negotiate with the opposing side. For this time, the presidential camp was unable to obtain a majority in parliament as usual in its last years.

This is likely to most often cripple government initiatives. In addition, the Speaker of the Chamber, Alban Bagbin, is from the opposition. But President Nana Akufo-Addo reassures that he wants to govern with the cooperation of the opposing side.

The new president’s next priority projects are corruption and, above all, youth employment. He will also have a lot to do with regard to the vote on the post-Covid-19 budget as well as the replacement of the former anti-corruption prosecutor.

Eco currency : an international meeting started this wednesday in Lomé 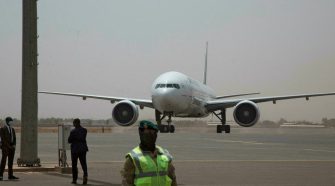