Presidential in Central African Republic, Touadéra reelected with 53.92% of the vote

The conflict in Tigray, an Ethiopian region continues. After regaining control of Mekele, the capital of Tigray, the Addis Ababa government is now setting itself new goals. These include apprehending the leaders of the Tigray People’s Liberation Front (TPLF) and bringing them to justice.

The military offensive carried out in the context of the conflict in Tigray by Prime Minister Abiy Ahmed is therefore over. The fighting lasted for over a month and claimed many lives on both sides. Enormous material damage was also noted.

More than 50,000 Ethiopians have had to seek refuge in Sudan. The humanitarian situation in the region is alarming day by day. Also, communications have been cut since the start of the conflict.

Conflict in Tigray, towards a return to normal

For the Ethiopian federal authorities, the fighting in Tigré is over. So priority is now given to establishing stability in the region. That is, the restoration of law and order. Humanitarian aid to civilians is also being seriously considered.

In addition, the relaunch of transport services and communication are taken into account. Addis Ababa plans to restore infrastructure destroyed by the TPLF. This should facilitate the return and settlement of refugees and displaced persons. It’s enough to breathe new life after so much turbulence.

Although federal forces have regained control of the town of Mekele, doubts remain about a definitive halt to the fighting. An insurgency could be started by the leaders of the TPLF despite their defeat. For the secessionists of the TPLF have not yet said their last word. They are not yet ready to give up so easily.

« Those who know the history of Tigré know that a guerrilla war is guaranteed if there is no compromise, » said researcher Kjetil Tronvoll. Fighting has been reported in some areas. For the government in Addis Ababa, the TPLF is unable to recover as a result of the firm correction imposed on it.

Politics : release of the Malian authorities of the transition, Bah N’Daw and Moctar Ouane 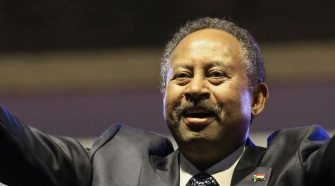