Kouadio Bertin is nominated for National Reconciliation. Following his inauguration, President Alassane Ouattara on Tuesday (December 15, 2020) reorganized the government. With a view to working for the peace and reconciliation of Ivorians, he opted for the creation of a new ministry.

The information was made public via a statement read by the Secretary General of the Presidency, Patrick Achi. Kouadio Bertin (KKB) was a presidential candidate on the 31st. Despite the boycott of the other two candidates, Henri Konan Bédié and Pascal AFFI N’Guessan, he still wanted to face Alassane Ouattara. KKB won 1.66% of the vote.

A mission not the least for Kouadio Bertin

According to President Alassane Ouattara, the new ministry will be tasked with assessing government actions. Especially when it comes to national reconciliation. The aim would be to strengthen national cohesion and reconcile the sons and daughters of Côte d’Ivoire.

And to carry out this difficult task, KKB is perfectly suited. For since the election campaigns, the man said that he wanted to devote all his energy to proposing to the citizens the path of peace. Moreover, he remains convinced that the construction of a new Côte d’Ivoire is feasible. That is, a country in which respect for political, ethnic and religious differences would be guaranteed.

A hint of collusion

Could the former MP and youth leader of the Democratic Party of Côte d’Ivoire (PDCI) easily reach the end of the new mission assigned to him? There is every reason to believe that he will face many challenges and obstacles to overcome. Especially those of his critics of the opposition who do not really consider him one of their own.

Since its withdrawal from the PDCI, to fly independently, Kouadio Bertin (KKB) is accused of being in cahoots with President Alassane Ouattara. He is accused of playing the mole in the Ivorian opposition to just occupy a place in the government. This constant accusation could make KKB’s mission more complex.

Read on:  CÔTE D’IVOIRE: FOR THE STABILITY OF THE COUNTRY, OUATTARA PROMISES TO CREATE A MINISTRY DEDICATED TO RECONCILIATION 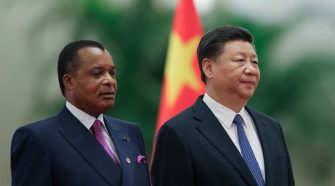