The Tigray region in Ethiopia is a difficult access area. Despite the fact that an agreement has been signed between the Addis Ababa government and the United Nations, the humanitarian situation in Tigray remains worrying. It is still difficult for aid workers to gain full access to the Tigray region.

According to the virulence of the conflict in the north of the country, great fears remain about the worsening situation. This could destabilize the entire region. Hospitals and populations lack almost everything. It is so urgent to provide them with all the necessary assistance and protection. So action must be taken quickly to avoid the worst. In carrying out its mission, an UN team came under fire last Sunday and finally stopped for a while.

Deputy Foreign Minister Redwan Hussein said United Nations humanitarians have exceeded their assigned limits. They attempted to travel to areas not approved by the government of Addis Ababa.

« We do not allow partners to go there alone or decide alone. There is no free access here, » said Redwan Hussein. He also believes that in Tigré, it is the government that decides and the UN that executes.

« When we signed the humanitarian agreement, we thought the United Nations would work together. And that it would be us, the government, who would make the decisions, » said the Deputy Minister of Foreign Affairs.

Continuity of fighting in the Tigray region

With regard to suspicions of war crimes, the Ethiopian authorities say no to independent investigations. « This is not a colony, either in the past or today, » said Redwan Hussein. For him, it is only the Ethiopian people that the government can be held accountable.

As for the clashes, fighting continues in Tigré. The end of operations announced by Prime Minister Abiy Ahmed will take some time before it fully materializes. For the time being, priority is left to the arrest of TPLF executives.

« We are making it clear that there are indeed Tigré special forces and militias that have not laid down their arms, » the minister said. He added, « they went to hide in the bush and are still capable of fighting. » So the clashes are far from over. 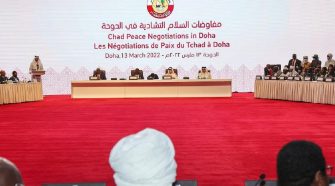