National and international observers are still waiting for their accreditations. This fundamental tool with which they will be able to carry out their surveillance mission on election day. Also, the election campaigns that started last week the pressure is at its peak on both sides.

Regional and municipal elections are scheduled for Sunday, December 13. The first round of the presidential election is set for 27 December.

The incompetence of the CENI in Niger

« With five days to go until the elections, the logistics are not there. There is amateurism that characterizes the organization of these elections. What’s going on ? There is no communication from the CENI, » complained Maikoul Zodi, national coordinator of Tournons la page.

According to this civil society organization, Tournons la page, the observers who will be deployed in the eight regions of the country are already set. But their accreditations are clearly lacking even though the applications have been sent for a very long time.

« I don’t understand the way things are being managed by the CENI. The incompetence of the CENI, we have already pointed it out, » added Maikoul Zodi

A vast misunderstanding around the CENI in Niger

According to CENI Vice-President Aladoua Amada, observers are in fact misinformed. So it’s more of a big misunderstanding. In any event, all permissions will be provided by Sunday.

« They are not aware of any of this because they have not looked for the information, and they have not taken care to verify the progress of the file. So this is not an attempt not to allow the structures to start the elections, » said Aladoua Amada.

« As I speak to you, all the letters of accreditation have been signed by the President of the CENI and addressed to the structures that have expressed a desire to make the observation, » he said.
The various arrangements are therefore taken by the CENI so that Nigerians can go to the polls in peace. 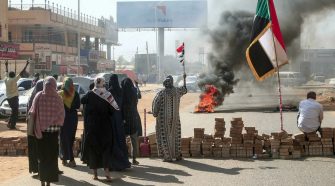