The results in Central African Republic, of 27 December continue to create controversy. In this position of protest, many candidates in this election demand the annulment of the vote. The announcement was made via a press release.

According to the overall provisional results of the ANE, outgoing President Faustin-Archange Touadéra clearly came out on top in this presidential election. In the first round, he won 53.92% of the vote. He was well ahead of Anicet-Georges Dologuélé, who won 21.01% of the vote. Martin Ziguele took third place with 7.46% of the vote.

For ten of the sixteen candidates who participated in the 27 December presidential election, the results in Central African Republic proclaimed by the ANE are difficult to swallow. So they’re determined not to recognize them. Especially since these results only cover half of the electorate.

In the second half, it was unable to take part in the vote because of the rebel offensive in some cities in the country.
The protesters also believe that there were numerous irregularities in the election. And this is easily observable with the large proportion of votes per derogation. Added to this is the late start of electoral operations. The purchase of conscience as well as votes are also remarkable.

A serious setback for democracy

According to opponents of President Faustin Archange Touadéra, the presidential election of 27 December is a serious setback for democracy. Therefore, the re-elected president could not enjoy any legitimacy.

Moreover, his alleged victory is only for 910,000 voters, not the 1.8 million Registered Central Africans. Also, the Central African authorities have seriously failed in terms of securing the vote. The protection system established by The Minusca and the Russian or Rwandan reinforcements have not been able to prevent the coalition rebels from terrorizing the population.

Pending the final results, numerous appeals have been lodged with the Constitutional Court. The latter has until 19 January at the latest to decide.

Read on : CENTRAL AFRICAN REPUBLIC / PRESIDENTIAL: FAUSTIN-ARCHANGE TOUADÉRA RE-ELECTED WITH 53.92% OF THE VOTE 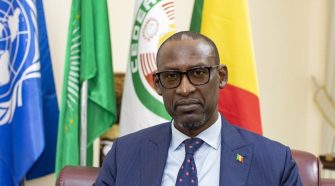