Together they plan to make the town impassable for rebel in Central African Republic. Helicopters also fly over the area permanently. In principle, this should reassure the population. But psychosis seems to take over the serenity of the citizens.

According to the High Commissioner for Refugees (UNHCR), since this security instability in Central Africa, some 30,000 people have been forced to flee to neighbouring countries.

60,000 people are displaced throughout the country. Those who can have chosen to hide in their homes to avoid reprisals.

« The day before yesterday, there were gunshots, but quite far from our position, » said Marie, a resident. So people expect to be attacked again at any time.

« It’s not good. We don’t feel good », some citizens say about their morale. This is indicative of the current heavy atmosphere in the city.

For the time being, calm seems to have returned to the town of Boali. But the inhabitants are struggling to get back to their normal routine. Indeed, people have stayed in the bush to avoid rebel attacks in the Central African Republic.

Apart from that, there is no real activity. Activities are almost as moribund. »People are afraid of the rebels in Central African Republic. That is why there is no activity, why it is blocked, » said citizens.

When it comes to moving around the city, movement is rare. Only the most daring have the courage to move around. « Today it is quiet and we were able to go to church, » said Mary.

Read more: CENTRAL AFRICAN REPUBLIC: « WE WILL NOT GIVE UP ONE METRE OF OUR TERRITORY », SAYS FIRMIN NGREBADA. 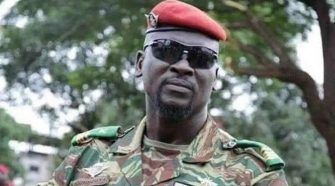