The authorities, including Prime Minister Firmin Ngrebada, visited the troops last weekend in Boali. Indeed, the rebel coalition continues to spread terror among the population in the Central African Republic. This explains the fact that several towns in the country are the scene of serious clashes between Central African forces and the rebels.

A strong delegation consisting of Prime Minister Firmin Ngrebada, accompanied by the Ministers of Defence, the Interior and Communication. The aim was to galvanise the troops and provide them with all the necessary support. This is all the more important as the Central African forces must be in condition to prevent the capture of the capital Bangui by any means.

During his visit to Boali, Prime Minister Firmin Ngrebada did not fail to underline the enormous work done by the defence and security forces. That is to say, their ardour and determination to defend the integrity of the national territory and especially to ensure the protection of the population. The same is true for the institutions of the Republic.

« Boali today is a sample of the work that the defence and security forces are doing on the ground with courage and determination, » said Firmin Ngrebada. Therefore all means will be deployed to prevent any attempt to take Bangui.

Prime Minister Firmin Ngrebada also promises that François Bozizé, the instigator of his troubles, will soon be arrested and brought to justice. His allies will also be prosecuted. « We will not give up one metre of our territory, » said the Prime Minister.

450 km northwest of Bangui, the town of Bouar has been the subject of violent fighting and continues to be attacked by the rebel coalition. As a result, the population has preferred to flee the town and many others have found refuge in various churches in the town. Faced with this situation, the conditions of survival are extremely complicated for the population.

« They will not be able to hold out for long, they are obliged to stay, to stay, to stay here, » said the bishop of Bouar, Monsignor Miroslaw Gucwa. « Businesses are on standby, shops are closed and the road from Garoua-Boulaï to the capital via Bouar is still blocked by armed men, there is no convoy, » he added.

Humanitarian aid is eagerly awaited, as the population lacks everything. Also, they could not last long in these conditions. 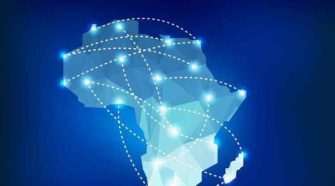