The 58 years old businessman and main Zambian opposition leader, Hakainde Hichilema, submitted his candidacy on Wednesday in Lusaka for the presidential election, scheduled for next august. The Zambians overwhelmed by the debt of their country, warmly welcomed him as their bearer of hope.

Affectionately nicknamed « HH » by his supporters, Hakainde Hichilema is riding on the economic difficulties that the country is going through, to hope to win the ballot against incumbent President Edgar Lungu.

Zambia, a southern African country of 17 million people, is officially in debt. Its external debt is estimated at nearly 10 billion euros, half of which is held by private creditors, according to the africanews site. This debt issue and the economic problems plaguing the country are expected to dominate the ballot and the main Zambian opponent intends to use it.

« Debt has really reached unsustainable levels, » he said in early May, before accusing the Patriotic Front government of having accumulated an astronomical debt by borrowing to finance the luxury consumer spending of officials  » corrupt ”. Relentlessly, he cornered the leaders by making them bear the authorship of « the debt crisis » and « they do not know how to get out of it ».

The main Zambian opponent, backed by the support of other opposition parties, pledges change if they win.

Hopes for a new day for Zambia

Behind Mr. Hichilema has formed a coalition of opposition parties and activists, dubbed « the UPND Alliance for the Zambia We Want ». The United Party for National Development (UPND) headed by Mr. Hichilema hopes to win the elections in the first round.

“We want to win in the first round,” the main Zambian opponent told the crowd, remembering to make promises, “We will make sure that you are no longer hungry and that your children can go to school. « school » he added in front of an audience that came with banners and chanted « that’s enough, we want HH ».

Hakainde Hichilema narrowly lost the elections in 2016. He spent four months in prison for treason after contesting this result. The presidential election will take place on August 12 and will be coupled with legislative elections. On election night, the main Zambian opponent hopes this time to change status. 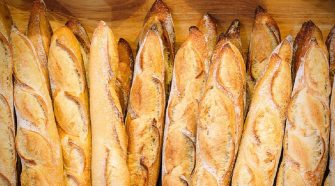