A new francophone cultural center has just opened in Kigali. Indeed the French president during his visit to Rwanda inaugurated Thursday, this center which he presented as a symbol of « the new relationship » between France and Rwanda.

Ten days after receiving his Rwandan counterpart in Paris, French President Emmanuel Macron paid a visit to Kigali on Thursday, May 27, described by the Elysee as the « final step in the normalization of relations ». He gave a speech at the Kigali Memorial before inaugurating the new Francophone cultural center in Kigali.

Seven years after the closure of the former French Institute in Rwanda, the land of which was officially confiscated by the municipality for non-compliance with the urban plan ; the inauguration of a new francophone cultural center was made Thursday by Macron visiting Kigali.

After holding a speech in front of the Kigali memorial, a speech in which Macron recognizes France’s « responsibilities » in the genocide of the Tutsi, the next step was to inaugurate this center which « will have the vocation of not only promoting French culture, but also all the resources of the Francophonie, in particular artists from the region ”according to the Elysée.

The Francophone cultural center, not specifically French, located in the center of the Rwandan capital, « will be a shared place for the Francophonie, not just France and French » declared the French president. He reaffirmed that Africa was « the true center of the Francophonie » to make French « a language of reconquest, modernized, which is enriched by its exchanges with English ».

As a reminder, it was in 2008 that Paul Kagame decreed English as the language of school education instead of French. If the normalization of relations becomes more concrete, the road has been long since 1994, date of the genocide and the deterioration of relations between the two countries.

Several stages in the normalization of relations

The opening of the Francophone Cultural Center in Kigali marks the return of Molière’s language to Rwanda. This return has not been facilitated by the successive French presidents since 1994. It was with Nicolas Sarkozy that normalization began by seeing the end of the tunnel.

Normalization has become more concrete with Emmanuel Macron who will meet the Rwandan president on different occasions. But the strong gesture he will make is France’s support for the candidacy of the former Rwandan Minister of Foreign Affairs, Louise Mushikiwabo, at the head of the OIF in 2018. But also, quite recently, the creation of the Duclert commission, with full opening of state archives. There is also the arrest of Félicien Kabuga, considered the financier of the genocide.

Even if in his speech, Emmanuel Macron did not apologize for France, the recognition of the latter’s responsibilities in the genocide, as well as the inauguration of the French-speaking cultural center of Kigali show that the page is in the process to be turned. Faced with the French language, in perdition in Rwanda, the symbol of this francophone cultural center of Kigali is obvious.

In addition to this center, new agreements have been signed between the two countries according to agenceecofin.com ; and the French head of state announced that an ambassador would soon be appointed to Rwanda, after 6 years of absence. « The post remains vacant and the normalization of our relationship could not be envisaged without this step, » he said. 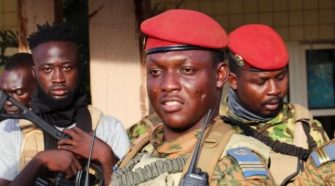