The eco currency is once again at the center of the discussions of several African countries to achieve its implementation. It is with this in mind that from May 26 to 28, 2021, an international conference organized by the Faculty of Economics and Management (FASEG) is initiated at the University of Lomé. It is titled « FROM FCFA TO ECO : WHICH CURRENCY FOR WHAT DEVELOPMENT IN WEST AFRICA ».

The fondamentals on eco currency bring together experts in economics and currency, academics, leaders of the political, economic and political world, and business leaders. Among the invited officials are Cristina Duarte United Nations Special Adviser for Africa, Carlos Lopes an Economist, Lionel Zinsou, former Prime Minister of Benin and many others. They are in total 200 guests.

The process of setting up eco currency

By what procedure to proceed with the transition to the CFA franc and the new eco currency ? It is around this crucial question that the various speakers will be examining during these two days in order to find a solution. It is also a question of defining the outlines of the new eco currency in order to ensure its real difference from the CFA franc.

The goal targeted by the organizers of this conference is to provide, through the various interventions, a Roadmap to be submitted to the Heads of State and Government of ECOWAS. This in order to help them effectively in the implementation of the eco currency.

For some participants in this international meeting on eco currency, it is more than necessary to end definitively with the CFA franc. Because it is a too strong currency, and which also functions as a tax on exports. Consequently, it leads to a structurally negative trade balance.

So huge efforts must be done to find an adequate strategy for the eco currency to be adopted in the 15 countries of the Economic Community of West African States. 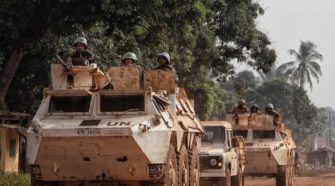